This New Museum in Oslo is a Real 'Scream'

Oslo, Norway · About Culture & History
Edvard Munch’s 'The Scream' is one of the most famously eery pieces of art in history, and it continues to disturb admirers today.
Now, MUNCH, a new museum and landmark architectural masterpiece on Oslo’s waterfront, has opened, with the world’s largest collection of works by the famed Norwegian artist. That includes several versions of Munch’s iconic work, The Scream, including an early study in pastel from 1893 and a later painted version from 1910.
More than 26,000 works bequeathed by the artist to the City of Oslo are housed in the massive museum with unparalleled views of the Oslo Fjord. It’s one of the world’s largest museums dedicated to a single artist.
11 exhibition halls feature not only versions of Munch’s most famous, disturbing work, but also over half of Munch’s known works, from paintings, prints, photographs, drawings and watercolours by the artist, ranging from 1873 to 1944, to monumental mural paintings like The Sun (1909), which stretches nearly 8 meters.
While Munch is best-known for The Scream, he also experimented with various media and techniques at the edge of modernism. In addition to the paintings, watercolours and woodblock prints for which he is best known, Munch bought a Kodak camera in 1902 and is recognized today as one of the first artists to experiment with self-portrait photography.
The museum’s collection also includes thousands of other items included in Edvard Munch’s original bequest to Oslo such as his printing plates and lithographic stones as well as thousands of letters and approximately 10,000 of the artist’s personal belongings. 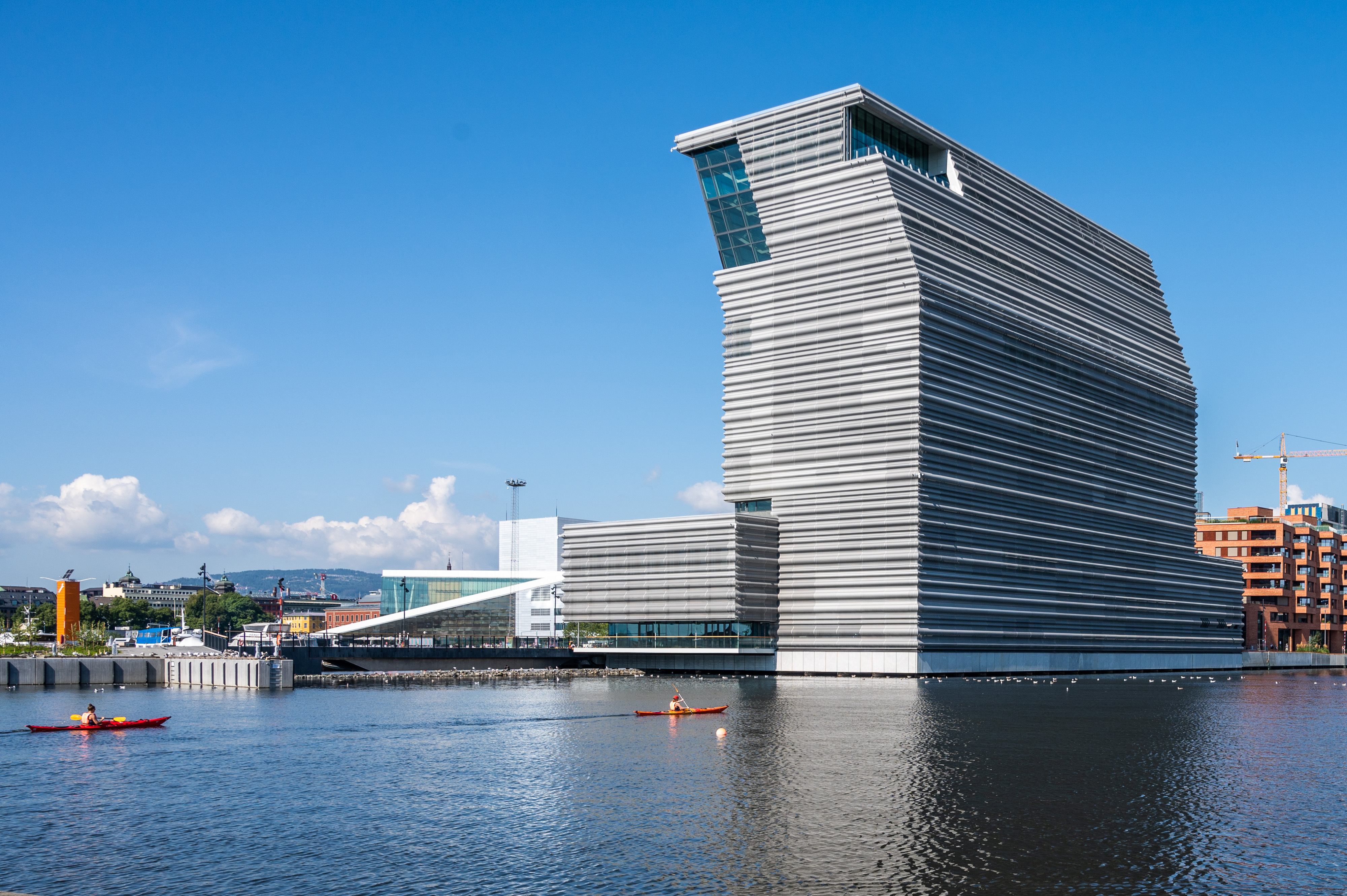 Image: Munchmuseet
Alongside personal items and displays of iconic artworks from the renowned permanent collection, temporary exhibitions will show Edvard Munch’s lasting influence in his own contemporary society, as well as on today’s generation of artists.
In addition to gaining a deeper understanding of the highlights of Edvard Munch’s work and influence, visitors will get to enjoy a wide-ranging program of cultural events and experiences for art lovers of all ages, including concerts of all types of historic and ultra-modern music, literature readings, performance and art workshops.
That includes those interested in modern architecture and the transformation of the Oslo city skyline. 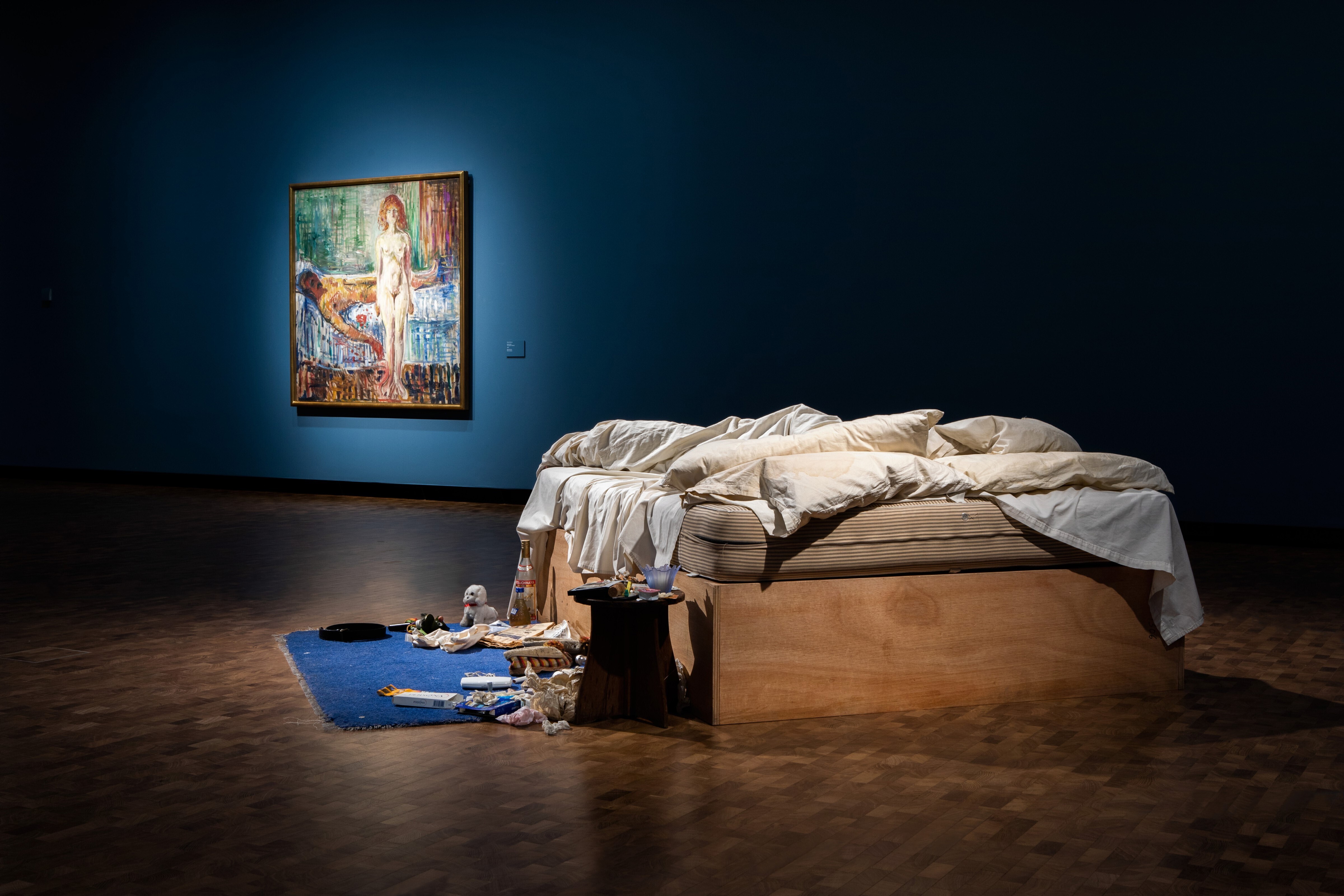 Image: Munchmuseet
Right on the edge of the Fjord and in the heart of Oslo’s city life on the water, MUNCH was designed and created in homage to Edvard Munch’s connection to the Norwegian landscape and his habit of painting outdoors in all seasons.
The top floor opens up into an observation area, offering some of Oslo’s most spectacular views. The perforated, translucent aluminium façade reflects the changing colours and conditions of the Oslo skies. Visitors can also enjoy dining in the 13th floor restaurant with views overlooking the city and Fjord.
A can’t-miss destination on your next trip to the Norwegian capital.
#StartYourTrip!
All images courtesy MUNCH
https://www.munchmuseet.no/en/

8 German Words You Need to Fit in at Oktoberfest